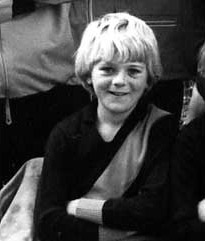 “What inspired my effort was to try to communicate to all in the community I represent that your postcode does not determine your potential. We all have the capacity to learn, to grow and to gain insight and wisdom to succeed in this country.”

The Hon Bruce Billson MP is a Member of the Australian House of Representatives and was first elected in March 1996 to represent the beautiful outer Melbourne coastal constituency of Dunkley.

Bruce was proudly sworn in as the Minister for Small Business on 18 September 2013.

He served as the Shadow Minister for Small Business from December 2009 and was appointed under the Howard Government to a number of Parliamentary Secretary roles in the Foreign Affairs, Trade and Immigration, Multicultural and Indigenous Affairs portfolios.
He also served as the Minister for Veterans’ Affairs and Minister Assisting the Minister for Defence from 2006 – 2007.

Prior to being elected to the Federal Parliament, Bruce was the Ministerial Adviser to the Victorian Minister for Natural Resources (1994 – 96), Policy Adviser to the Shadow Federal Minister for the Environment (1995) and held several senior local government positions (1987 – 94).

Bruce attended RMIT University where he completed a Masters in Business Leadership, a post-graduate Management Diploma and a Bachelor of Business. He also won the 1992 RMIT/MAV Local Government Law Prize and qualified as a Municipal Clerk.

“What we need to do is encourage all of our citizens to reach for the ambition and the delicious possibilities that our country offers, and then support them to make those possibilities their own.”

At 50 years of age Bruce is eager to put back into the community of which he has been a member since going to primary school in Seaford and secondary school in The Pines.

With over 19 years of Parliamentary service behind him, Bruce is experienced and energised and his motto of ‘positive, passionate and persistent’ captures his approach to supporting the Dunkley community and his influence and advocacy at a national and international level.

Bruce is a Trustee of the Frankston-based philanthropic organisation SkillsPlus Youth Foundation and his community service interests have included Board and Committee positions with a local not-for-profit hospital and aged care facility, regional library service and a number of local sporting, tourism and economic development organisations. 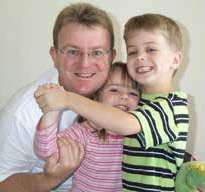 Bruce is married to Kate and is a proud father to his four children Alexander, Zoe, Madeline and Isabella. He enjoys quality time with family and friends, acting as home-handyman and playing cricket, golf and tennis when possible.